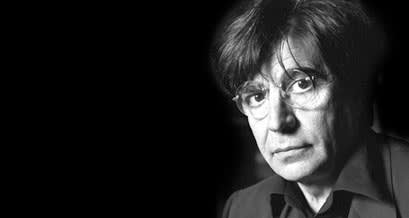 Ferrater has received numerous national and international awards, including the City of Barcelona Award, four FAD prizes, the City of Madrid Award, the Spanish National Architecture Prize 2001, Denmark’s Brunel 2005 and the 2006 Dedalo Minosse Award in Vicenza, amongst others. Creator of Roca’s emblematic new building in Barcelona.

A renowned industrial designer based in Venice specialising in ceramics.

Some of teir most representative works include Madrid’s Atocha Station and the Stockholm Museum of Modern Art and Architecture.

A renowned architect and creator of innumerable works including the three blocks of Barcelona’s Olympic Village and Benidorm’s seafront promenade.

Rome-born Urbinati is a multi-faceted architect and designer.

With his first steps in the field taken with prestigious architect Norman Foster, Chipperfield’s work on buildings and planning has been the recipient of countless awards.

Designs offices, shops, apartments and villas, as well as everything connected with the architecture of stands and exhibitions.

Giugiaro is a true industrial design icon whose career has been closely linked with the automotive world.

Winners of the 2001 Pritzker Architecture Prize.

He leapt to international fame for his impeccable work for the 1992 Barcelona Olympics.

In 2002, he opened an industrial design studio, working with a number of companies in the creation of new products.

Marcello Cutino and the BCF seal are today considered an expression of truly Italian design.

The logical confrontation between technology and design has led him to a synthesis of results that fit the requirements of our time.

Their main goal is to optimize the product, seeking benefits for its manufacturer, market and consumer.

MAGMA has won a range of distinctions for both industrial design and the design of spaces, including the Hispack, Delta Adi-Fad and Letra awards.

His philosophy is interdisciplinary, ignoring the rigid boundaries that divide the fields of fashion, beauty, culture, architecture and market research.

ROCA uses its own and third-party cookies to optimize your experience and perform analytical tasks; by using this website, you consent to their use. You can obtain further information, or learn how to change the settings, in our cookies policy. More info